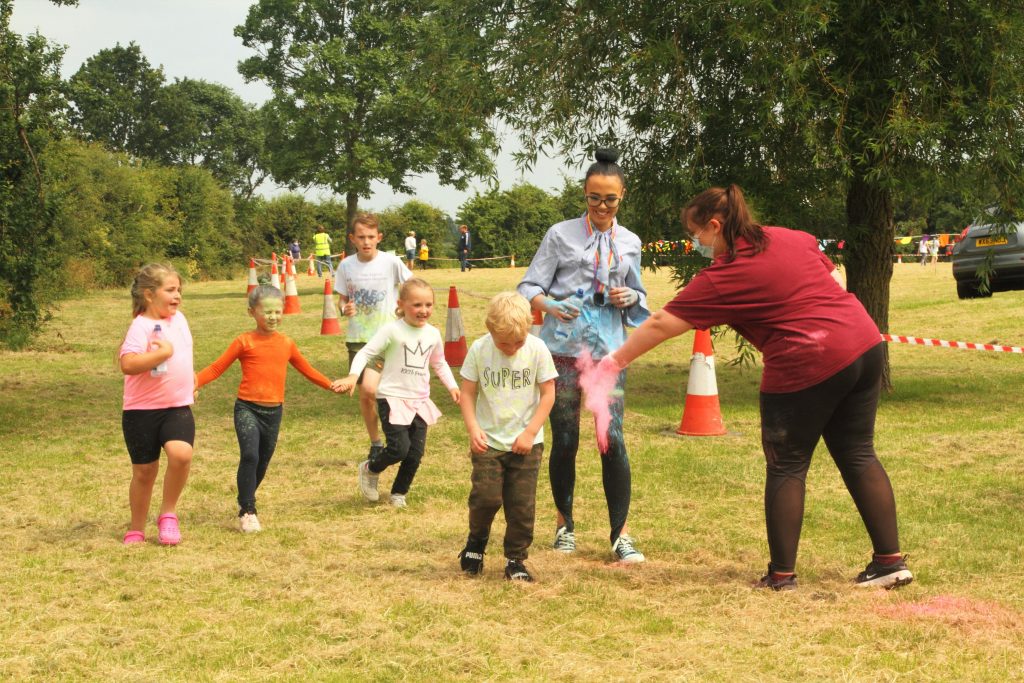 Multi-coloured, happy children were proof that the first ever colour fun run in Chatteris was a resounding success. About 150 people, ranging in age from toddlers to grandparents, took part in the run around Furrowfields Recreation as part of a scaled down Midsummer Festival. The event was sponsored by Jacks supermarket.

As they ran past four colour stations the competitors were sprayed with colourful neon powder paints resulting in rainbow appearances as they passed the finish line to collect their medals, sweets and bottles of water.

The fun run will undoubtedly become an annual feature like the fun dog show which once again attracted a large number of entries.

The organisers had always planned a Covid-safe event by eliminating elements of the traditional festival which resulted in large crowds gathering – such as the parade, party in the park and arena attractions – and ensuring everything took place outdoors but they ended up fighting hard to keep the fun run and dog show. They were unfortunately forced to pull the live music aspect of the Festival at the last minute following an emergency SAG meeting.

This site uses Akismet to reduce spam. Learn how your comment data is processed.